Martin Francis and Vitsœ CEO Mark Adams drew influence from Dieter Rams’ philosophy in the design of their new HQ, Dieter Rams being designer of the 606 shelving system manufactured by Vitsœ and used extensively in the new building.

The principal structure is a single-storey space under one roof measuring 135 metres long and 25 metres wide. The building makes use of lamiated beech and CLT timber panels for its structure, and the north-facing skylights give a museum quality to the interior. Its modularity also allows for flexibility, with room for Vitsœ to scale their operations incorporated within the design. Mezzanines can be easily added to create additional spaces, using the inner columns. 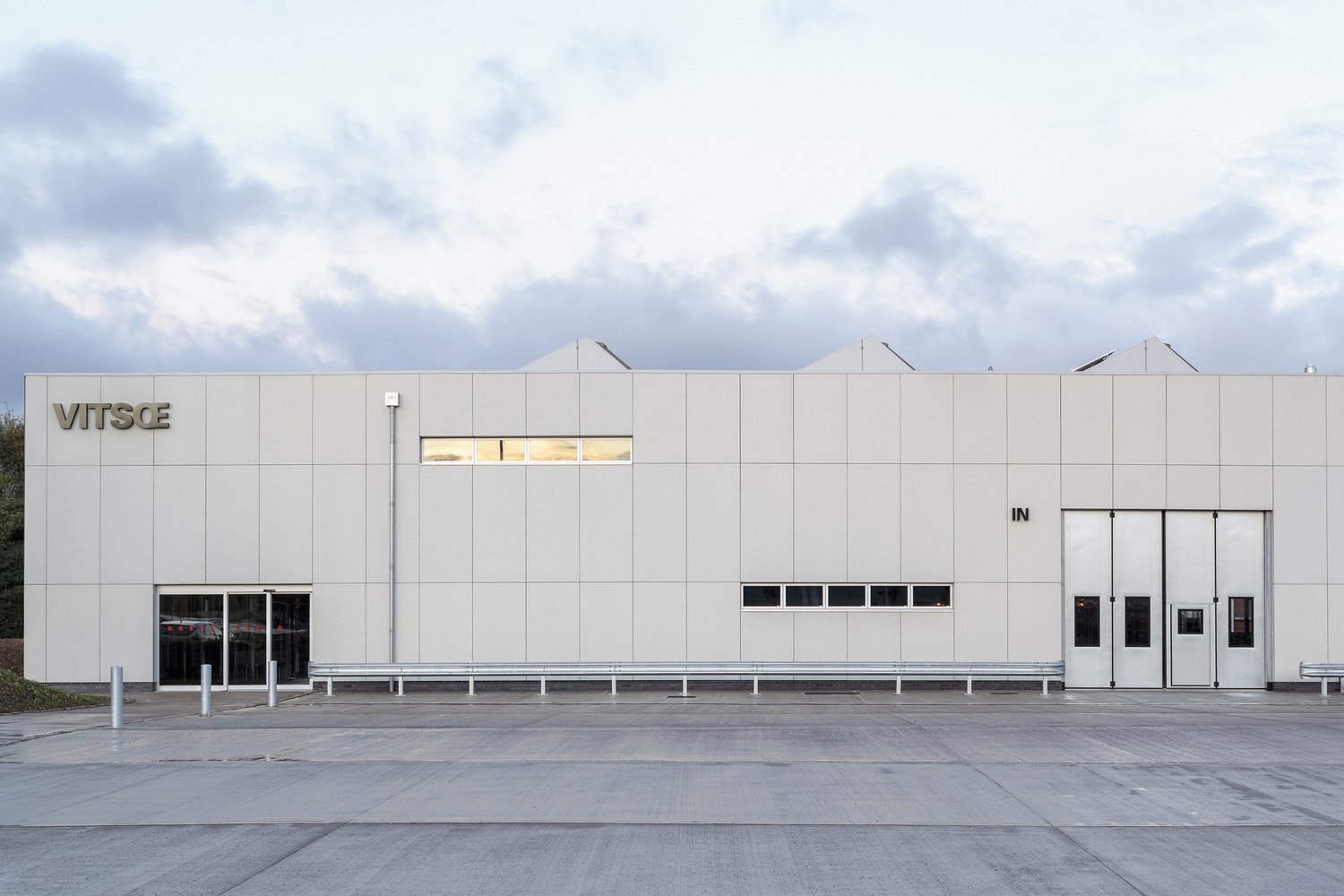 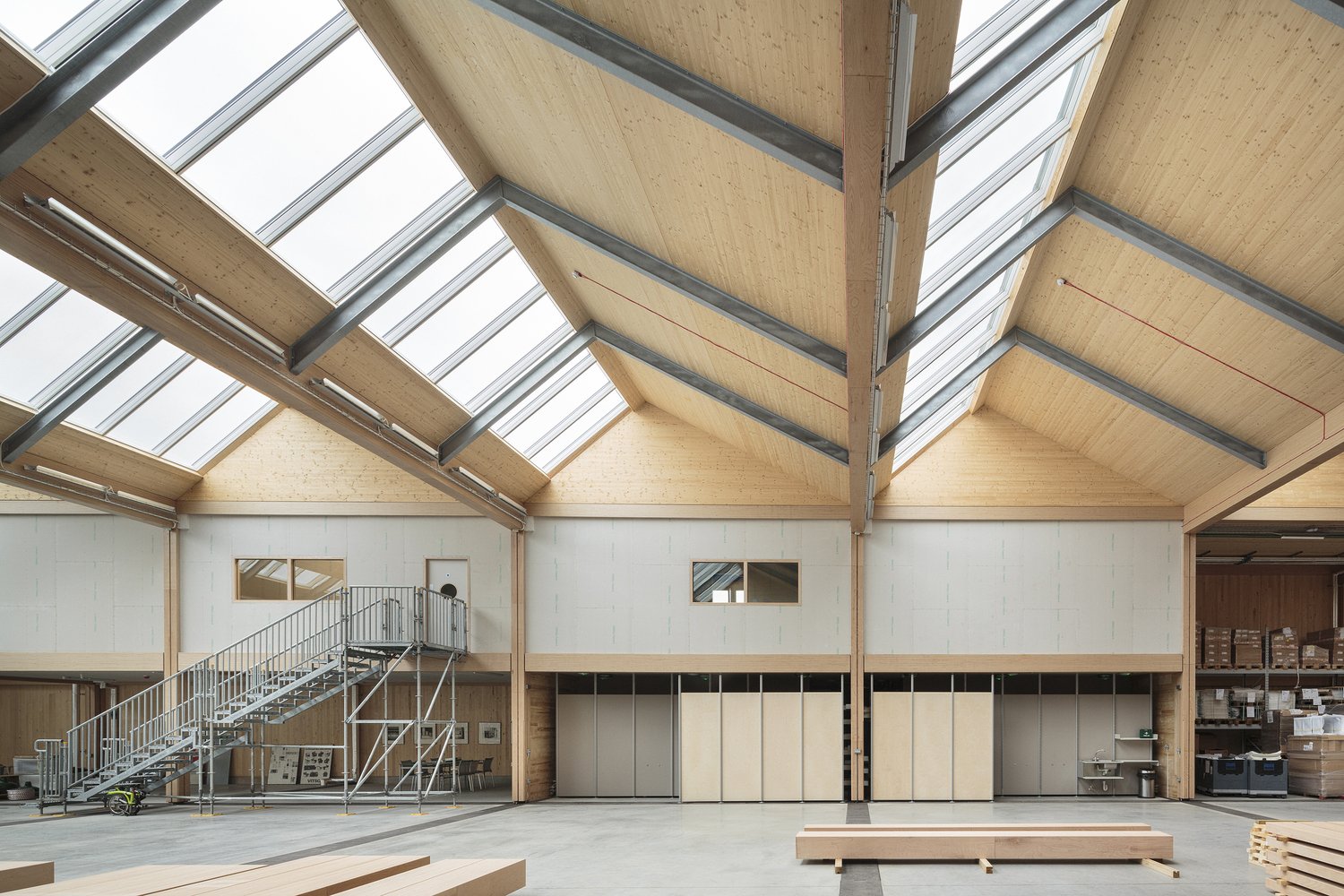 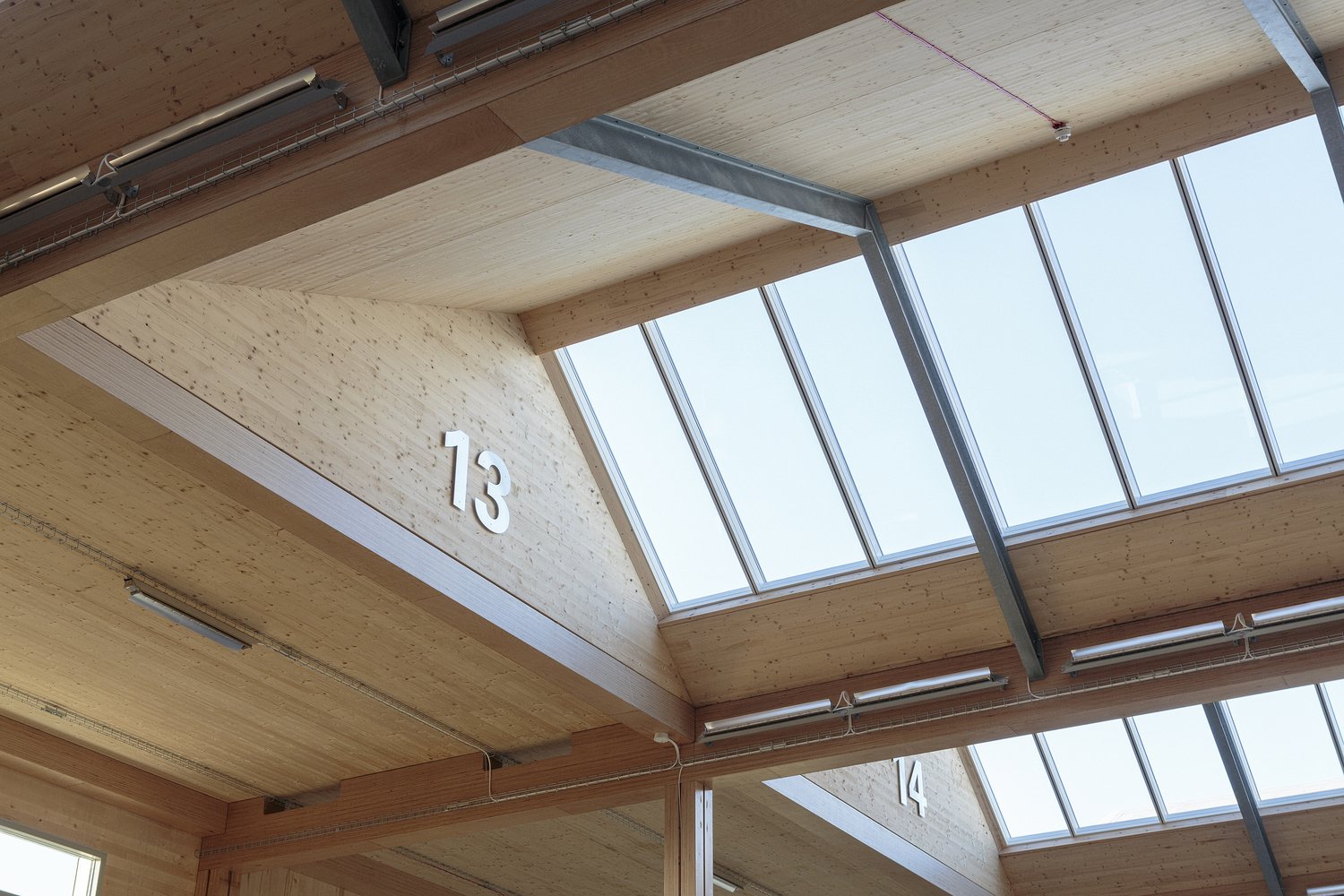 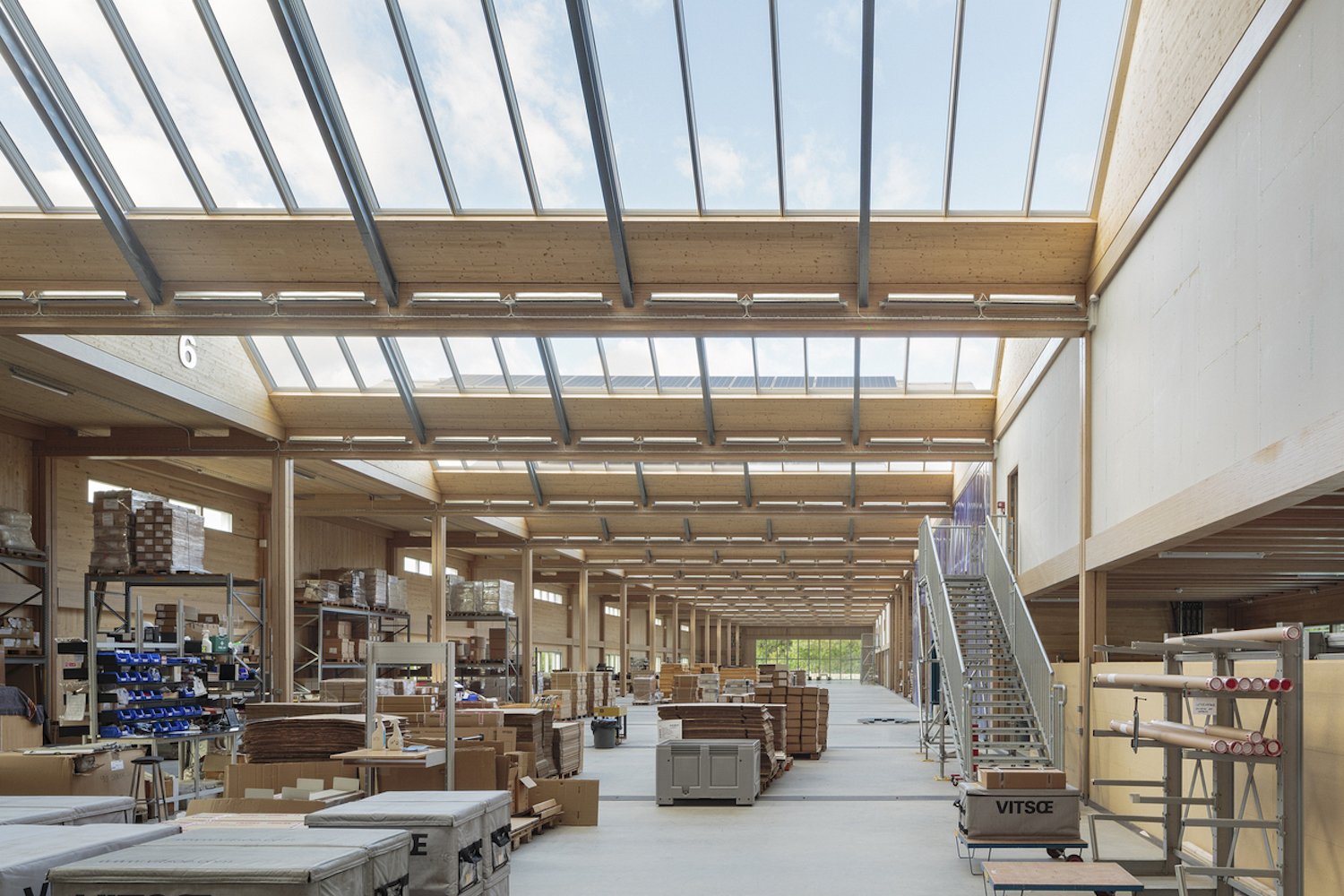 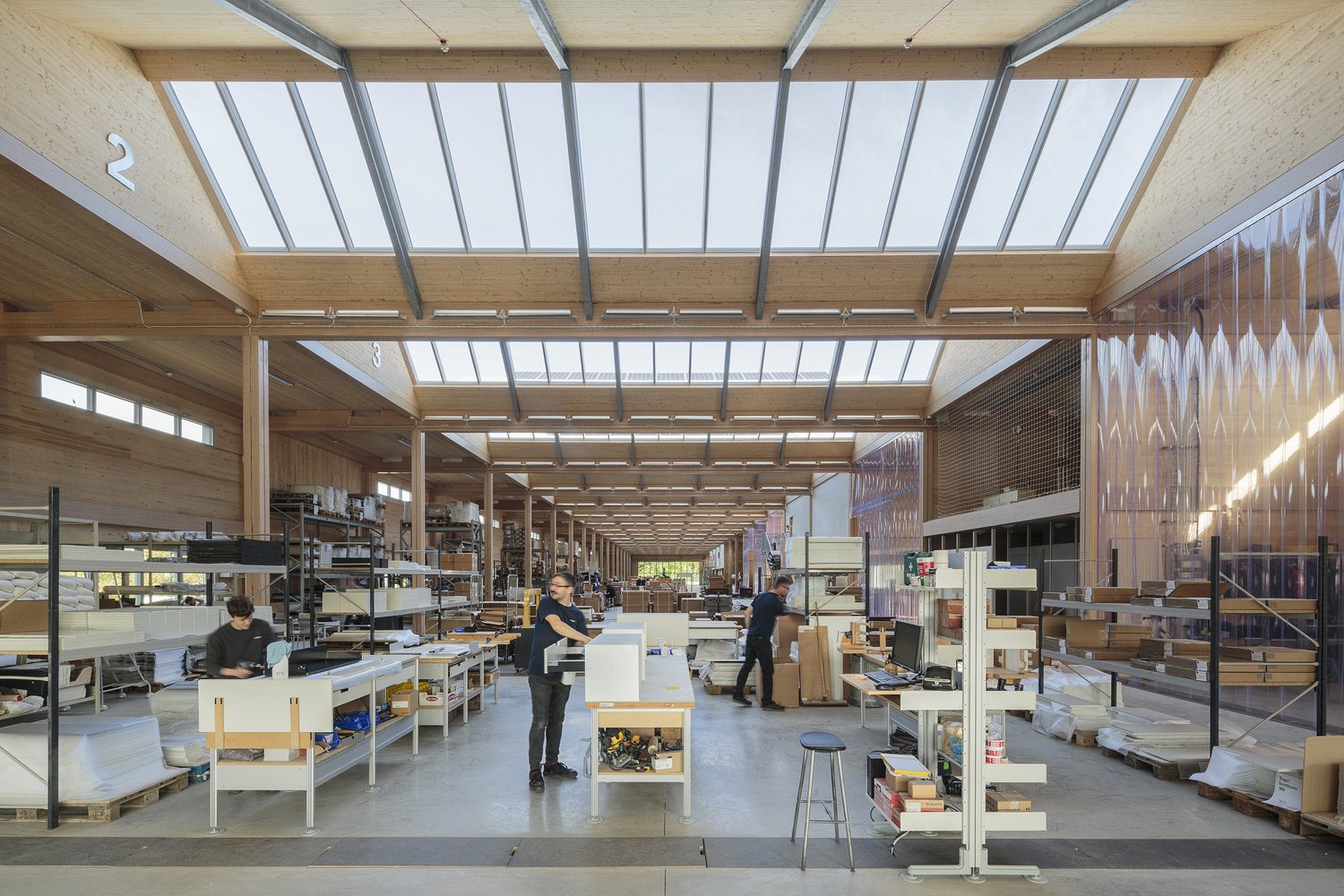 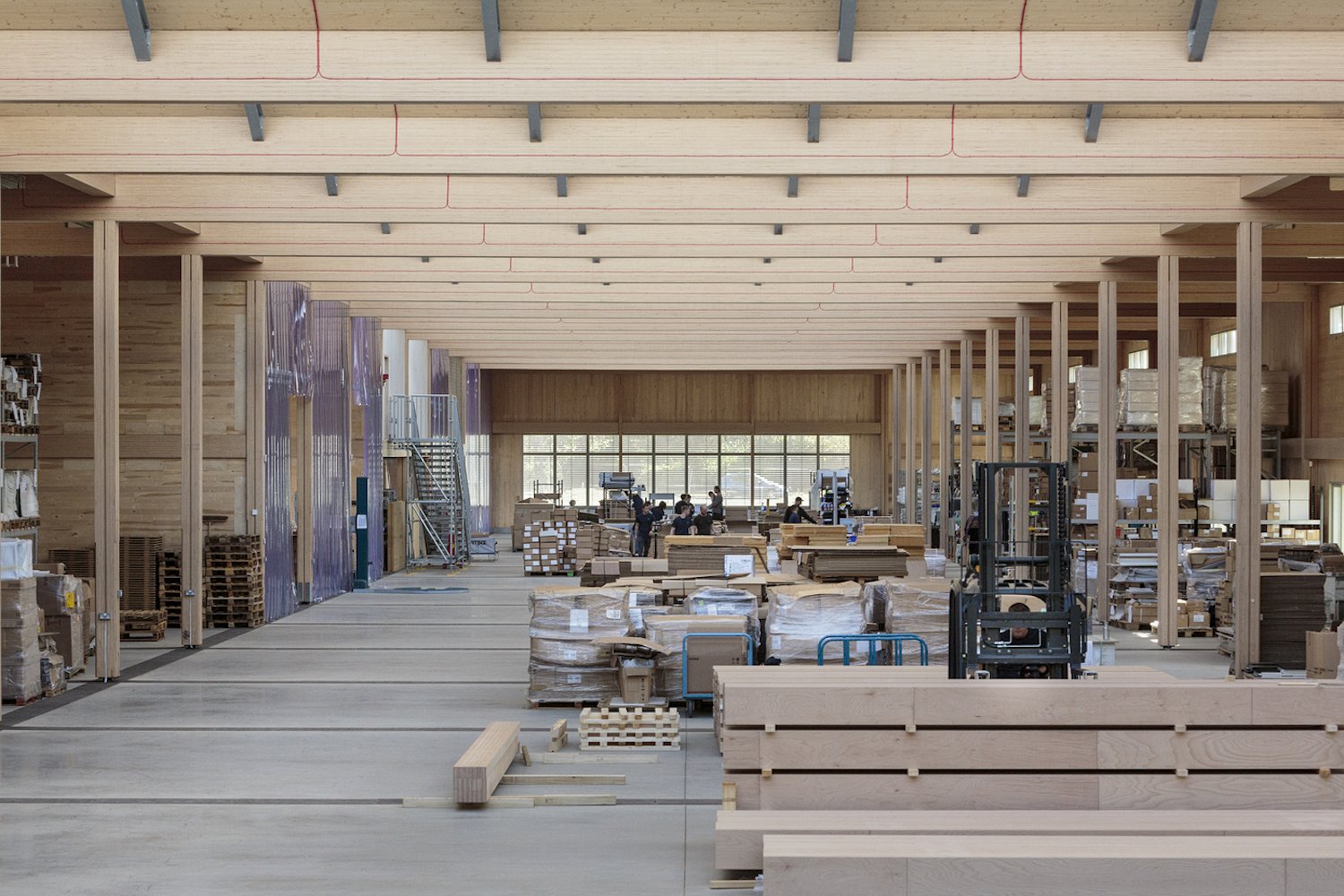